Home » Victoria’s Secret – The Rise and Fall of an American Lingerie, Clothing and Beauty Retailer

The Victoria’s Secret brand is a well-known American lingerie, clothing and beauty retailer. It has become renowned for its high-profile marketing efforts. The company began with a popular catalog that was distributed throughout the country, and then it moved on to annual fashion shows featuring supermodels. While it may have started small, the company has since grown to become one of the largest and most successful in the business. 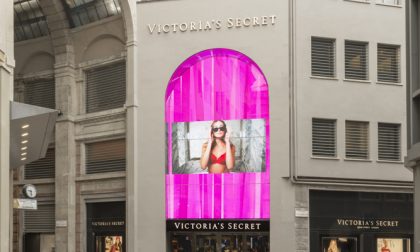 In June, the company announced that it would open three new concept stores. The locations have not yet been revealed, but executives have said that the concept stores are a “store of the future.” These new locations are completely different from traditional Victoria’s Secret stores and will offer buy-online-pickup-in-store capabilities. This strategy has led to a dramatic increase in the brand’s digital sales and boosted the company’s presence in social media.

A recent marketing campaign for the company was a resounding success. The brand’s high-profile ads were broadcast in television and radio, and the products sold through e-commerce websites. But the company has had a challenging time catching on with consumers. Its high-profile marketing strategy and the ongoing controversy has led to a steady decline in sales. However, despite these problems, the Victoria’s Secret brand continues to thrive.

Victoria’s Secret has always been associated with male fantasy, but in recent years has moved away from this image and has turned into a more feminine and modern company. It has been criticised for its close relationship with convicted sex offender Jeffrey Epstein and for its misogynistic corporate culture. As a result, it is now planning to create a spin-off, and has already begun the process of separating from L Brands and Bath & Body Works.

Apart from its swimwear, Victoria’s Secret also offers activewear, underwear and beauty products. Although its retail stores were an important part of establishing the brand, they remain concentrated in the United States until the early 2000s. In the meantime, the company’s online stores have launched new stores in Europe and Asia. It also has a separate e-commerce division. The company’s store networks have diversified, and it is not only launching concept stores, but expanding in the United States as well.

In a bid to increase sales and brand awareness, Victoria’s Secret is expanding its retail presence. In addition to its online store, the company is opening three concept stores this fall. The locations of these stores have not been released, but executives describe them as the “store of the future” for consumers. Some of these stores offer buy-online, pick-up-in-store capabilities. The concept store format has many advantages, and is an ideal way to expand the brand.

Its specialty products have become an essential part of the company’s sales strategy. According to industry sources, Victoria’s Secret customers spend about three times more on bras than their average customers. As a result, the brand aggressively promotes its bras. Its specialty catalogs sell clothing and accessories, and the company even offers special collections for the home. The Company’s name and logo have become synonymous with luxury and high-end shopping.